During their live panel at Anime Boston, the unveiling of two new titles being added to their growing roster of games and visual novels. The announcement comes hot on the heels of yesterday’s announcement coming out of the Seaki Project panel at Sakura-Con in Seattle. Which is a nice surprise because right now fans can have more titles to look forward to in the future. What they have announced at Sakura-Con is Companion developed by narrator, Still I miss her developed by AppleMint and last but not least Maitetsu from Lose. 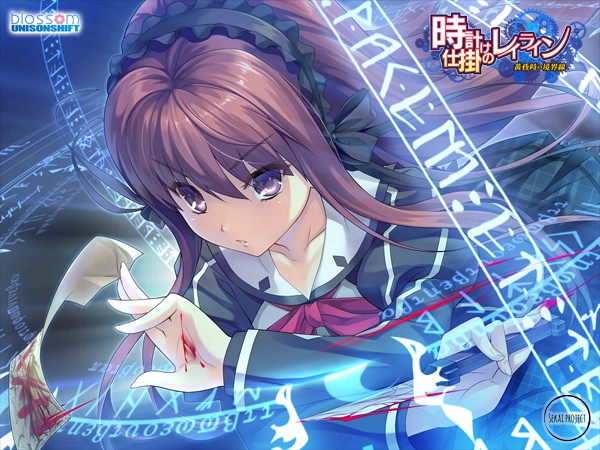 In a mysterious school where day and night have split into two separate worlds, a mismatched trio unites under the school’s secret division known as the “Bureau for the Investigation of Special Affairs.” Together they set out to resolve supernatural and magic-related incidents that are plaguing the school.

Just Deserts is an sci-fi action dating sim where you play as a soldier who must protect a city from mysterious alien attack, while at the same time you will also be seeking to capture the heart of your dream girl(s)! Game features include: five unique heroines, fully voiced characters, multiple language support (English, Japanese, Indonesian), seven different endings, mini battles with aliens, a detailed management system, hundreds of usable items, and more!