Note – Yes I know this is a old VN and I know I reviewed it very late well honestly I was just looking at m steam library and I saw this VN which I apparently reviewed but have not put up onto my website which is here. This review was written ages ago but just uploaded very late. 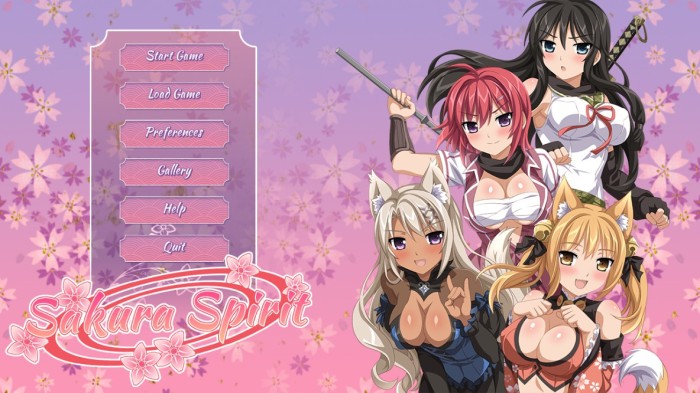 Sakura Spirit is a relatively short visual novel developed by winged cloud and once published by Sekai project but now by themself. But I do not recommend this visual novel reason can be found below.

Take on the role of a Rising Judo Star Gushiken Takahiro was two weeks away from the match that would make or break his career — a championship match where the winner is then signed up to be a young national athlete for Japan.

He’s prepared and ready, but that doesn’t stop him from being nervous about his upcoming battle. At the suggestion of his friends and classmates, he goes to a shrine that is rumored to grant any wish or prayer. He pours all the coins from his already full coin bank into the offering box and says his prayer. After praying, he becomes dizzy and nauseous and eventually faints. When he wakes up, he finds himself in an ancient, unfamiliar place.

While searching for a way back to his village, he stumbles upon two girl wielding swords chasing after two… foxgirls. He questions his brain at first, but then follows them, only to be caught up in their shenanigans as well.

Who are these girls, and are they involved in Takahiro’s arrival to this new world? Will he get back to his own world and timeline in time for his match? Or will he be stuck there forever? 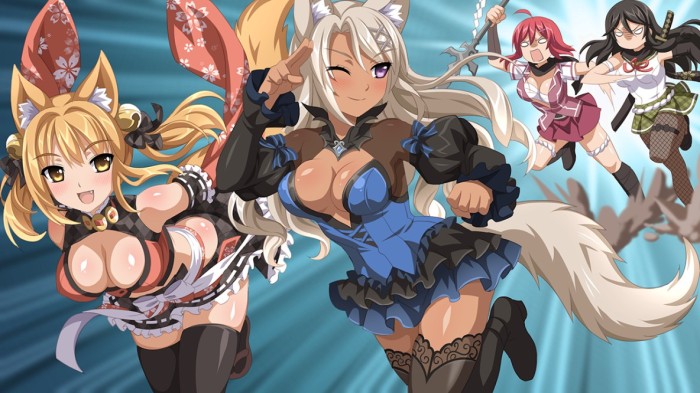 Reasons for not recommending this Visual Novel.

The story is very generic, when I first read this visual novel I felt bored very bored because its generic and predictable. Some guy got transported into another world and then gets into some nice situation where every time he opens a door there will be a half naked girl in it and then he needs to find a way back to his original home and a great miracle happened he got sent back. (sounds familiar? Probably yes because this type of storyline can be found in everywhere)

The artstyle of the sprites for certain character I think the character name was slime (I think) those 4 characters were so lazily made all of them have the same character model and the only difference is the eye color, and the color of the slime covering their body. Yeah as you can see in the above screenshots. The best part is that the only slime that was named was the pink on as “Sakura” wow seems like the others are just blue, green and purple slime girl? Really when I was reading through this part I was sincerely laughing my ass off so hard. At first I thought it was some kind of a joke but apparently its not.

The fansercvice, while playing through this visual novel you are literally being slapped in the face with boobs every 15 minutes, this just shows that they are using fanservice to cover up their bad and generic story. Like seriously you get put into situation where any normal human being would avoid but in this VN the protaganist is apparently does not feel fear when facing women and just barges into doors and catches them off guard. I mean why not? Right? Okay jokes aside.