Please do note this is a spoiler free review so I will not go through many things in details as that will lead to a spoiler.

Danganronpa: Trigger Happy Havoc, developed by Spike Chunsoft and published by Spike Chunsoft Co., Ltd. themselves. Danganronpa: Trigger Happy Havoc is not your typical visual novel where you where everything always goes smoothly where no one gets into trouble or anything, it has the touch of mystery, horror, point and click and detective work all in the mix of this visual novel not to mention the story is very rich. 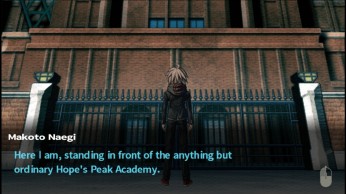 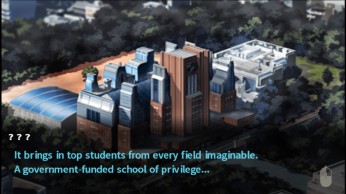 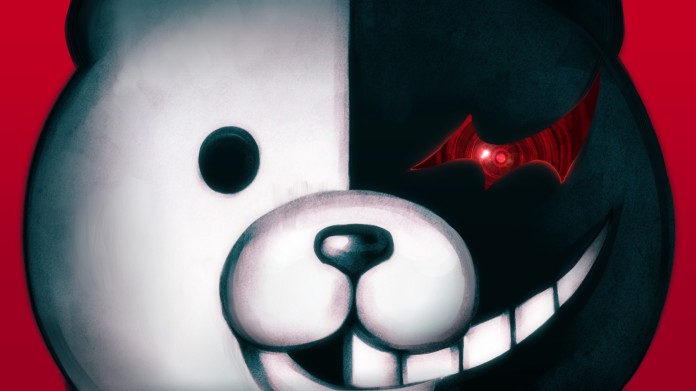 The story is definitely one of the most interesting mystery / dark visual novel I have read, I do know that there are many out there but this takes the cake in my opinion. It is interesting in a sense that It manages to connect with me and make me feel what the characters are feeling, when they are being placed in a game where they are being pressured subconsciously to kill their friend or not to kill in order to escape. But if they do not kill they may become the next target with all these pressure building up around them it is bound that someone will give in to it and from there start to take flight.

Hope’s Peak Academy is home to Japan’s best and brightest high school students. The protagonist, Naegi Makoto (excels in Luck) arrives on the first day of class only to fall unconscious after he steps through the gates. When he wakes up, he meets up with 14 other students who went through the same experience, and they find that all possible exits have been sealed shut. Makoto Naegi and his classmates find themselves imprisoned in the school, cut off from the outside world and subject to the whims of a strange, murderous little bear named Monokuma a black and white robot bear who appears to be behind the whole affair, that they are playing a game and the only way for them to leave the school is to “graduate”. To do so he pits the students against each other, promising freedom to anyone who can murder a fellow classmate and get away with it.

It’s up to you to find out who Monokuma really is, and why you’ve been taken from the world you once knew. But be careful what you wish for—sometimes there’s nothing more deadly than the truth…

Characters all of them are interesting in many ways. Personally my favorite character in Danganronpa: Trigger Happy Havoc is Kirigiri Kyouko, she always has that mysterious and cool yet mature aura around her while always being level headed and face problems calmly that always seem so charming to me personally.

Visual Elements – Many things to note here is that the backgrounds, CGs and character sprites used in Danganronpa: Trigger Happy Havoc are very consistent with each other in turn made the whole visual novel as whole looks smoother. This is really a huge thing for me overall I absolutely adore the artstyle used in Danganronpa: Trigger Happy Havoc. I have played many visual novels where the character sprites are not consistent with the backgrounds at all and then in turn they do not blend in nicely causing them to not look nice and “smooth” at all.

Though many people may have realized why is blood pink? Spike Chunsoft has opted to use pink blood, which removes some of the graphical of each murder scene. Which is alright for me as I think the pink blood fits in and does not feel out of place in any way, in fact if I were to choose the blood color I will choose pink that Spike Chunsoft has used even it looks more “kiddy” it makes the whole visual novel looks better too.

Audio Elements – Music is a very important factor to consider in a visual novel because music has a great ability to set the mood and make things flow from then on and Danganronpa: Trigger Happy Havoc definitely has this executed perfectly. Each time the “phase” of the story chances, the BGM would change with it to set the mood and tension around the characters. Lets take for example in trial room where they would start the arguments to prove their points I absolutely adore what the BGM did there where it changes the atmosphere in a split second just with the power of music. 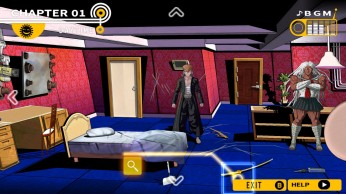 Will I recommend this visual novel? Simple answer yes, I would definitely recommend this awesome visual novel if you are the type of person who looks for gameplay in a visual novel as this definitely has loads of gameplay to offer and loves detective work with dark mysteries waiting to be uncovered and solved. Honestly I am not a fan of having gameplay in my visual novel I am more of the typer of person that prefers to just click on my mouse all day long, but Danganronpa: Trigger Happy Havoc has so much to offer, it has a rich story interesting and fun to read through, has great music to offer and gameplay [If you like gameplay in your VN]