Furifure is the third game by the Noesis brand label and features art from artist Coffee Kizoku. Its scenario is written by Nao Kagurazaka. Developed by Noesis and Published by MangaGamer. It features 5 ending 4 of them being “Bad ends” and 1 of them being a “good end.” Players are given choices to make in the game and depending on your choices it will change the outcome of the story. 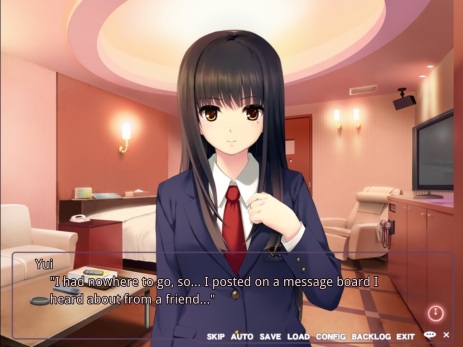 Yui Kurahashi had a fight with her parents and ran away from home. She’s a girl that knows nothing of the world, befitting of the image one might have of a girl who was raised in a wealthy family. She has no real friends and only occasionally talks with some of her classmates.

So without much knowledge of the way of the world she now lonely wanders around town in the middle of the night. She registers herself at the Free Friends (Furifure) message board, which someone recommended to her. Her teacher at school happens to see that by coincidence and offers her a helping hand.

The one who offers his hand to her is a teacher at her school. When her teacher meets her and forces himself upon her, their relationship of depravity begins.

In Free Friends you play the role of Yui’s teacher, and the choices you make determine how dark a road the two of you travel.
Will you walk the path of darkness and continue coercing her through blackmail and other means?
Or will you try to play the savior Yui hoped for?
A variety of corrupt and twisted endings await exploration… along with one of hope. 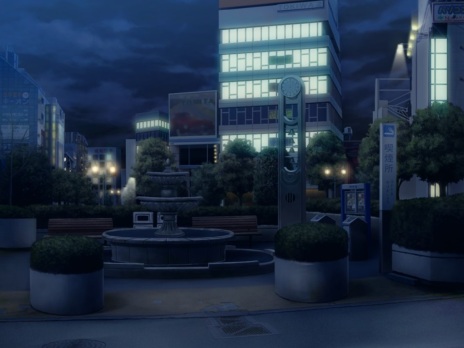 Background, CGs  art – Backgrounds are generally average nothing too fancy to talk about the background art, but as for the CGs.. Its pretty obvious that is good very smooth looking and pleasing to look at and there is plenty to look at. Here are some examples.

Audio Elements –Nothing really stand out in this particular area there is only like 8 – 9 soundtracks in this VN which obviously get a little repetitive and boring. No soundtrack stood out from its own little shell all just of them felt average and dull

If you like school theme, with a slightly twisted dark atmosphere then go for it! If you were to go onto 1 of the routes that leads to a “Bad end” it is quite twisted and yes there is rape I do not hate rape in particular and I do mind them 1 bit at all but some people hates it if you hate the action of rape then by all means avoid this. Or you like romance this VN has quite a sweet romance going on its good end route sweet but still dark nevertheless. Overall I would recommend this VN.