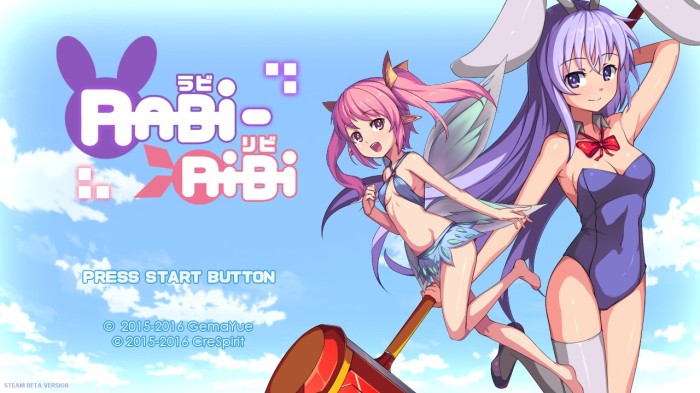 From CreSpirit comes a exploration platformer, bullet-hell, RPG, developed by CreSpirit and Published by Sekai Project. 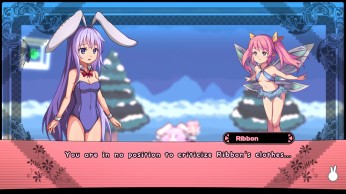 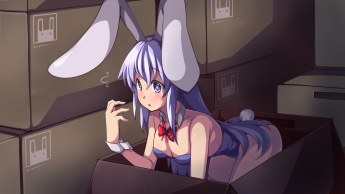 Rabi-Ribi is a 2D exploration platformer that focuses on non-linear gameplay. There will be hints to guide the player along, but they’re never required to follow them, which allows for much greater freedom to—you guessed it—explore. I absolutely love this game as a whole mainly reason is that there is full freedom of exploration, you could easily spend your time not following the story and just hunting for hidden treasures or objects.

Rabi-Ribi follows the “mishop” adventure of Erina, whose routine life as a rabbit is turned upside down and inside out when she awakens to discover that, not only is she in an unfamiliar new world, but she has been transformed into a human girl…with rabbit ears and a fuzzy lil’ tail to match! As Erina ventures out into this magical new world in search of her Master, she meets the spunky pink-haired fairy, Ribbon, who mysteriously chooses to stick by Erina’s side. Together, these unwitting heroes embark on their quest to restore Erina’s life to normalcy, unbeknownst to the troubles that await them.

Onto the gameplay elements , I absolutely adore the “customization” that you can do to the game like making it a whole lot easier or simply by making the game harder as a whole.

Badges – Provably 1 of the biggest thing that you would use in Rabi Ribi, as you can see in the above screenshot I took a full offense badge setup. Basically it allows me to kill enemies relatively fast but if i were to take a hit, it would be a very very huge blow to my HP in Rabi Ribi.

In Rabi-Ribi you could do almost anything you want without following the story at all, for my case what I did was i spent an approx 10 hours exploring and trying to find power-ups mainly Max health power ups because my health is low since I took a full offense badge setup.

Controls – I am playing Rabi-Ribi on PC with a keyboard and the controls are good. The default settings are are well thought out and it can be fully customize allowing you to bind any buttons you want on the keyboard. [no cramping of 2 hands onto 1 side of the keyboard] I think having a good controls are very important because who wants to play a game with 2 hands overlapping each other? Using a gamepad is recommended for Rabi Ribi but it all comes down to personal preference as for me I prefer keyboard but it is up to you too choose!

Power ups – These can can be bought each time for a set amount of [EN] a currency used in Rabi-Ribi and they can be bought ONLY after you defeat bosses and they agreed to go to Rabi-Ribi town as seen in the above screenshots and you can buy power ups from them. But do note these power ups do not last forever but can be repurchased again once it expires after a set amount of time.

Difficulty level –A important factor people will look out for in bullet hell games, generally speaking from my experience for Rabi-Ribi it is very forgiving to new players, at the start on a new game you will be asked to choose a difficulty level. As for me I went for novice first because I do not have much experience in bullet hell games but I found it way to easy so I decided to go for hard mode which is challenging and not too hard for me. Well different people have different skill set. Novice is too easy because each time you die you will respawn, but with a damage reduction buff but as for hard mode there is none. 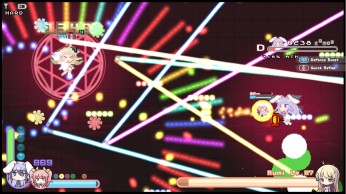 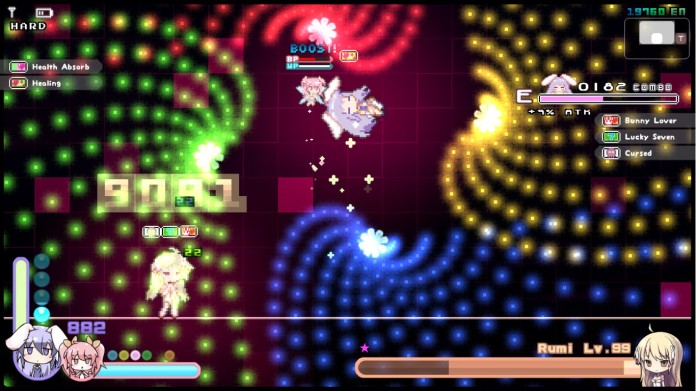 Enemy attack patterns – For hard mode it is manageable and challenging at the same time but as for novice it is way too easy but if you do plan to play casually do go for a novice difficulty. As for the hard mode here are some of the attack patterns and how it looks like. [I took huge risks getting these screenshots] 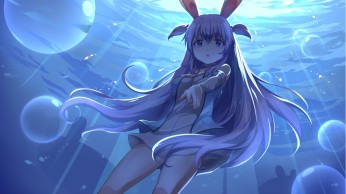 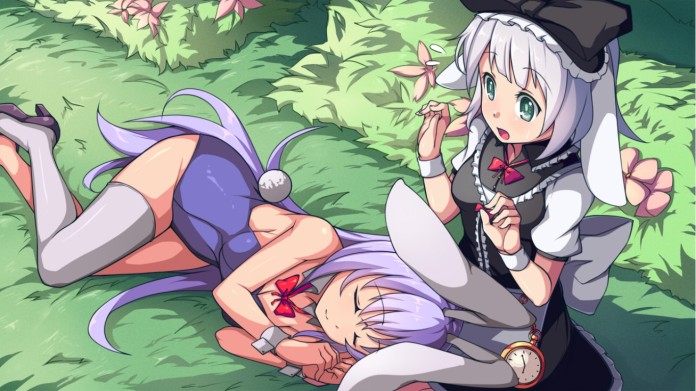 Audio and Visual Elements and Features

They are STUNNING I love the artwork of the CGs they are all extremely detailed. Soundtracks, the soundtracks are really great they fit into the battle that is happening in your screen it just makes the whole game feel more immersive and “cool” like you are really part of the fight, I absolutely love the soundtracks.

Rabi-Ribi is packed with more features than a carrot has vitamins:
• Retro 2D exploration platformer featuring an adorable bunny-girl
• Over 8 main areas and over 20 sub-areas to explore in a massive open world environment
• Over 60 items, weapons, and upgrades to be discovered
• Multiple difficulty settings for players of all skill levels (Godspeed to players who attempt anything above Normal)
• Over 40 insanely awesome bullet-hell-esque boss battles in Story Mode
• Bunnies!
• Over 20 fully-illustrated characters with gorgeous cutscene illustrations by Saiste
• Boss Rush mode featuring over 1000 different attack patterns
• Speedrun mode – removes all section of the game where the player is unable to control the main character
• Wide-ranging soundtrack with over 40 original tracks
• Over 100 Steam Achievements to unlock
• English, Chinese, and Japanese language support
• Even more bunnies! <- Very important!

To sum up Do I recommend this game?

Definitely a BIG, Yes I definitely recommend you to pick it up if you are a fan off bullet hell and great soundtracks and love treasure hunting with RPG elements. Last but not least bunnies!

I went for novice first because I do not have much experience in bullet hell games and it is manageable. I honestly got hooked onto it, hidden mechanics are not explained much lets take for example a forced speed boost, you could explore with the controls yourself and find many cool hidden mechanics to use in the game. And lastly I would like to thank Sekai Project for providing me a review copy of Rabi Ribi. Here is a small gameplay video I made featuring boss rush mode.