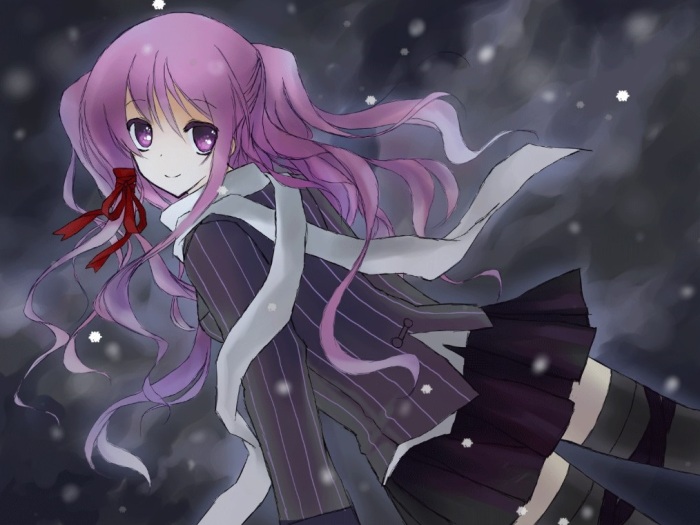 Sepia Tears is a Slice of life/romance visual novel by Scarlet String Studios
This visual novel have choices which the player could make and depending on your choices it will change the outcome of the story.
Note – This is not a positive review it is a neutral review but the positives outweighs the negative hence a positive review.
– Many reference to anime, visual novels can be found in there for example Rin from Fate franchise, 撲殺天使ドクロちゃん [Bokusatsu Tenshi Dokuro-chan], doramon found in lukas room, G-senjou no Maou, Pokemon [fainting cry], higurashi when they cry and Umineko. I am sure there are more but I provably have missed a few of them out 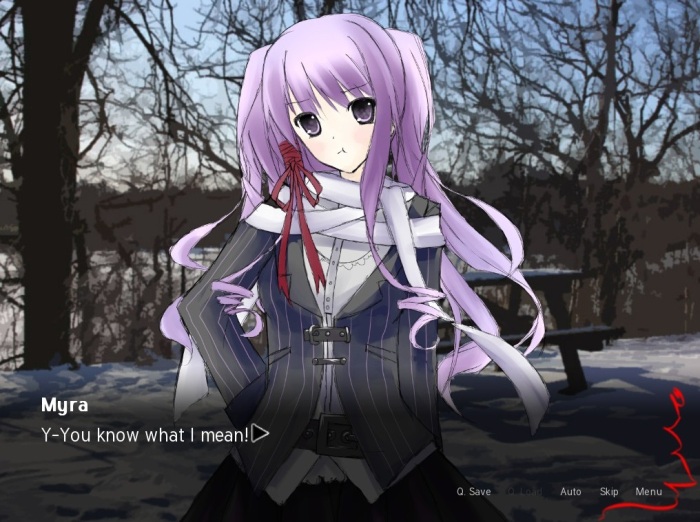 The story 6/10
It is about a boy named Mark that tries very hard to forget specific memories, memories that will hurt him mentally just by thinking about it and a girl named Myra who appears randomly who would unearth Mark’s memories through the art of deception [goodwill intended in her actions] 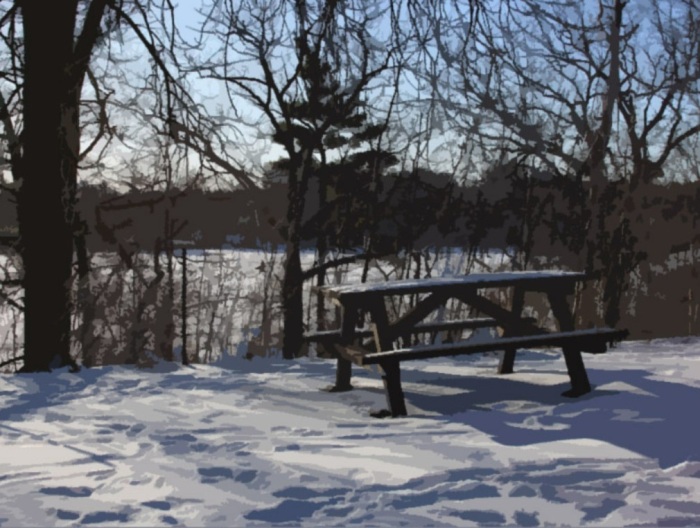 Audio and Visual elements 6.5/10
– Soundtracks are relatively good but nothing really too “crazy” to be worth mentioning other than the Vocal ending song which the player will get to see once completing Sepia tears good end which is pleasing and nice to listen too.
– Character art – I would say the art for sepia tears are generally good I liked it overall its consistent and holds quite a standard type of “sketch” artstyle and the chibi art are cute I loved the chibi art in sepia tears they look clean and most importantly cute.
– Background art – They are decently average, I cannot say much for this since mostly are just photographs that has went through paint? [Sorry I can’t find the right word for this]

In conclusion 6/10
I would recommend this visual novel but to a certain extent. Why? Mainly I felt that the first 3 days in sepia tears were unnecessary to the build up of the story in fact skipping the first 3 days and the story would not be affected at all, that is a very disappointing factor for me in regards to the story.

Next the pacing of Sepia tears is inconsistent it felt way too slow at times and when Myra appears the next moment the pacing is on a Shinkansen.[bullet train]

Mark’s sister Rin I do not see a point for her to even exists in Sepia tears her role I can’t even see her role is and as a supporting character she is just a character that is there for the people who loves the little sister characters a character that loves to tease the big brother and that is pretty much it.

Atogaki
Sepia tears was a slight disappointment but I still do recommend it, well it is free I do not see a reason to miss out on this. With that said here are some concept art taken from in-game gallery. 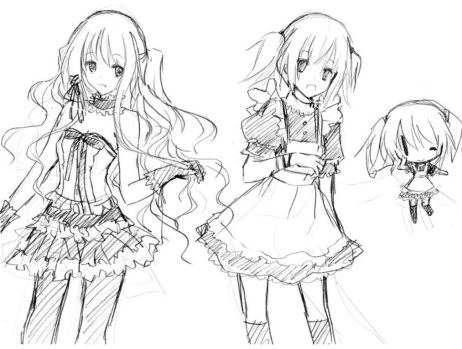 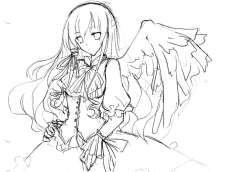 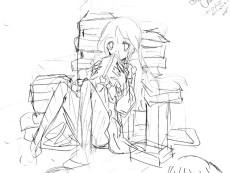 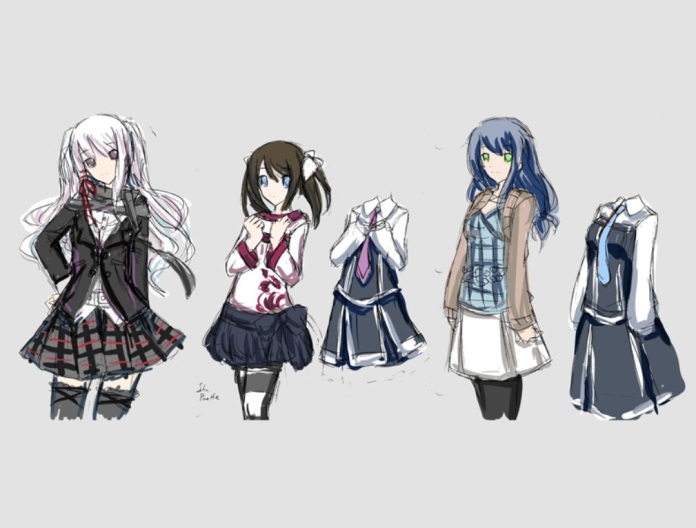