If my heart has wings, winner of several visual novel game awards, is an all-ages visual novel that is available on Steam. If My Heart Had Wings is a romance title centering around a high school glider club known as the “Soaring Club.” It is a touching story about loss, love, and passion which is an enjoyable read from start to finish. There are 5 routes in total and all of them had happy moments and depressing moments. It’s hard not to get invested in a character emotionally when they have so much detail put into them.

If My Heart Had Wings had several explicit sex scenes upon its original release in Japan. However, all of these scenes have been cut wholesale from the game and additional nude scenes have been heavily edited in the Western version. Therefore I will not be talking about the adult version. 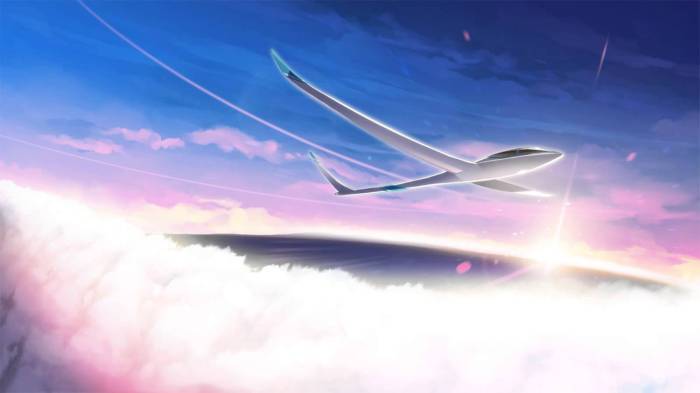 Story 7/10 – Aoi Minase returns with shattered dreams to his hometown of Kazegaura. There, atop a hill lined with windmills, he encounters a wheelchair-bound girl, Kotori Habane, and a beautiful, white glider soaring through the sky. Together, they decide to revive their school’s Soaring Club in order to ride the “Morning Glory”, a cloud known to appear once in a blue moon on the wind that blows across Kazegaura. 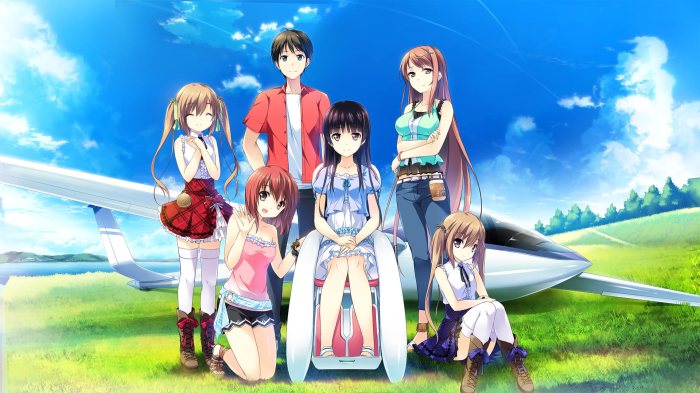 Characters 8/10 – it has a diverse and well-rounded cast. There is Ageha, the childhood best friend character who is transitioning from tom boy into a popular girl; Amane, an eccentric genius who has repeatedly failed her senior year in order to remain in the Soaring Club; Asa, the cute, excitable freshman; and Yoru, Asa’s twin sister, seemingly polar opposite; and Kotori the main girl of the story, Kotori, is by far the most interesting character. She is your typical tsundere but have a physical disability,of not being able to use her legs and much of the story focuses on her dealing with her disability of overcoming it and while dealing with the psychological effect of her being a teenage girl not being able to walk on her own. 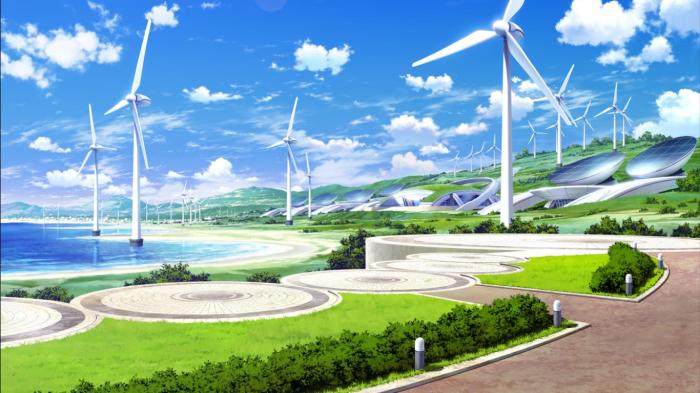 Visual and audio elements 7/10 – I generally enjoyed the overall art style of the game, the background art is really beautiful with vibrant colors being used and the environment is absolutely stunning. Character designs are top-notch too with beautiful CG’s. As for the audio elements i really loved it has a full Japanese audio for all of the girls, and side characters combined with a well-fitting soundtrack sets the mood and feel like it belongs in the situation and the environment.

The cons – Overall i feel that there is not many flaws i can find in this visual novel other than it gives way too much information about gilders that turn some point of the story from interesting to boring and some “typo” but it’s not really a big deal because it is generally hard to spot.

Overall 8/10 – I would definitely recommend this great title from MOE novel, it’s a title not to be missed as this is something that will be a deep, engaging experience.

2 thoughts on “If My heart hand wings review:All ages version”